My whole-grain crackers got the first prize at a local cooking contest. Check it out in this post:

I regularly take part in the the Virtual Vegan Potluck blog-hop and was fortunate to have the following featured:

Tricolor baked crackers has been featured on VVLP #8.

Green juice recipe-4 with carrot tops, ginger and dulse has been featured on VVLP #11.

Easy homemade almond milk with juicer has been featured on VVLP #26.

I have also been featured on the Hearth And Soul Tuesday Blog Hop in November (2nd week).

where my Mixed Vegetable Pickle was selected.

Check out my fudge recipe in AUM Cuisine’s video and the post here.

Another Aum Cuisine video featuring my Apricot Orange Fudge as a spread: 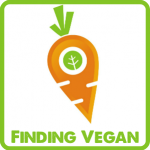 © Apsara. G and Eating Well Diary, 2015. Unauthorized use and/or duplication of this material without express and written permission from this blog’s author and/or owner is strictly prohibited. Excerpts and links may be used, provided that full and clear credit is given to Apsara. G, and Eating Well Diary with appropriate and specific direction to the original content.